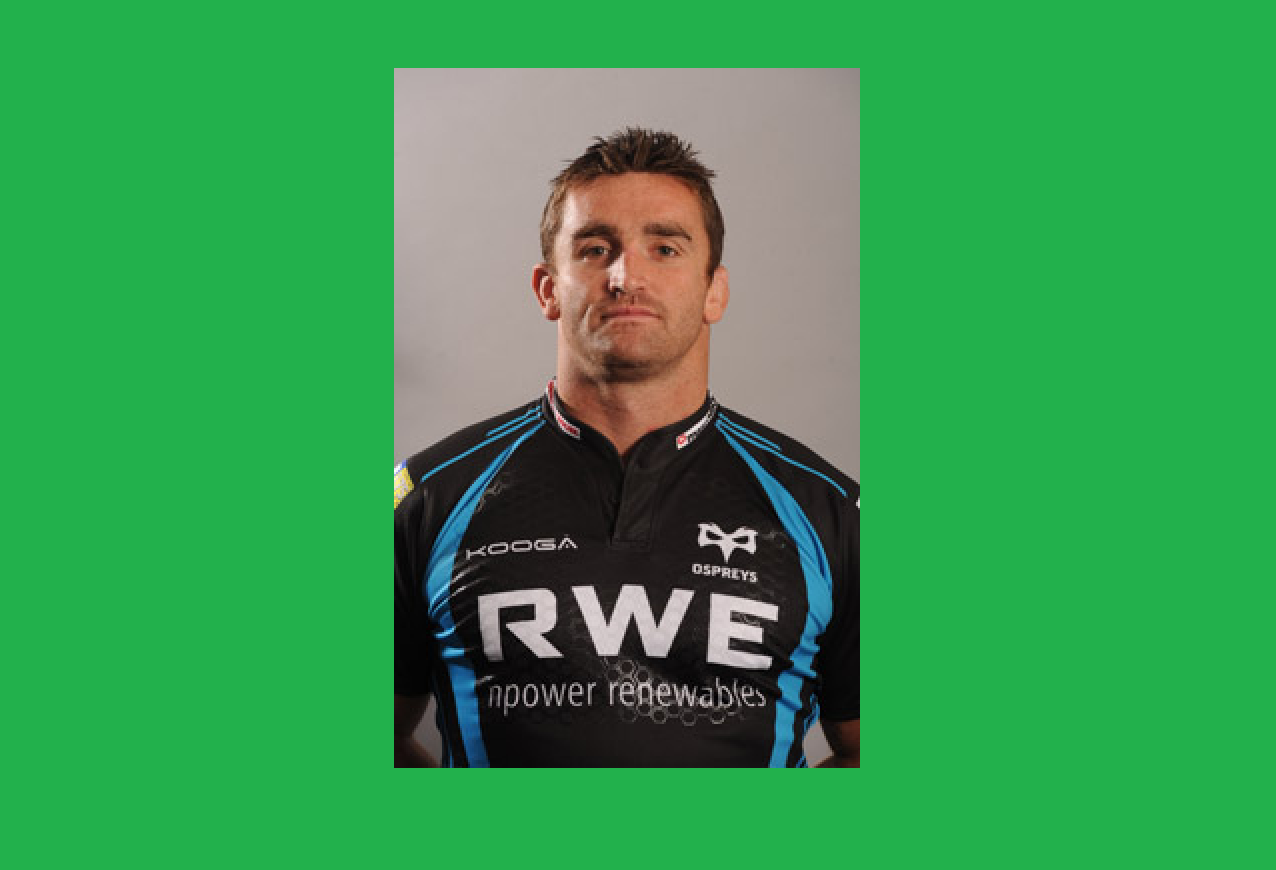 It is with great pleasure that we can today announce that former Ospreys and Wales rugby international Huw Bennett will run the Newport Wales Marathon for Kicking Off Against Cancer.

Huw spent most of his career playing for The Ospreys, making 142 appearances for the Welsh Region. His international career began in 2003 when he made his debut for Wales against Ireland in a World Cup warm up game.

Huw’s career was unfortunately cut short by an Achilles injury that eventually led to his retirement, but this was not the end of his involvement in international rugby and in May 2014 Huw joined the National Coaching team as Assistant Strength and Conditioning Coach.

We are delighted to have such a well renowned face from the world of rugby in Huw Bennett running the Newport Wales Marathon on behalf of KOAC, and are thoroughly looking forward to cheering on him and the rest of our runners around the course on the 29th April.

If you would like to sponsor Huw or any of our other fantastic fundraisers then please get in touch.